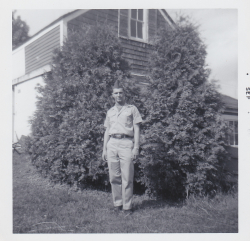 He believes that voting is not only the right, but the responsibility of all qualified voters, he is taking this opportunity to demystify the process.

Ever since Scott got out of the Army during VietNam, he has kept well informed on national issues, as well as issues that impact us on a state and local level. He is passionate about community development and strengthening our school system so that Lisbon students can compete for scholarships and job opportunities shoulder to shoulder with applicants in areas better resourced. Scott has been previously endorsed by the Maine Education Association, and he has qualified as a clean elections candidate for the third election cycle in a row.

Scott has deep roots in Maine. His grandparents owned a home in Auburn where Scott spent considerable time in his youth working alongside his grandfather who operated a wholesale florist business. That experience gave the him a bird’s-eye view, early on, of the hard work it takes to be a successful small business owner in Maine and he believes that small business is the backbone of Maine’s economy. We need a new vision and better plan for sustainability in Lisbon.

Once elected, Scott’s commitment will be to work across the aisle to help develop bipartisan legislation that will bolster the economies of Lisbon and Maine. He aligns his values with those of so many Mainers he has spoken to in the process of his campaign. When asked about his values and party affiliation, Gaiason will often respond, “I’m a Mainer first, and like most Mainers, I’m independent and frugal.”

Scott studied architecture at Boston Architectural Center and the University of Oregon and was a licensed building contractor in Massachusetts before returning to Maine and brings that understanding of the esthetics as well as a Mainers pragmatic building knowledge to that idea of community building. As a senior himself, he has an interest in working to develop a more comprehensive plan for our aging population.

Scott feels we should have a community connection and be able to address the needs of a population which may not be as physically able.

As to quality of life issues, he wants to work towards developing more things to do for the seniors and for them to have a mentoring relationship with those of various ages, from infants to young adults. 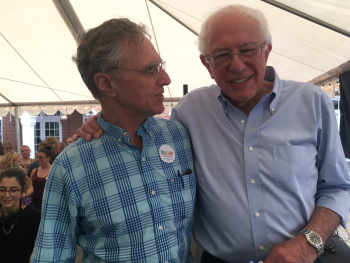